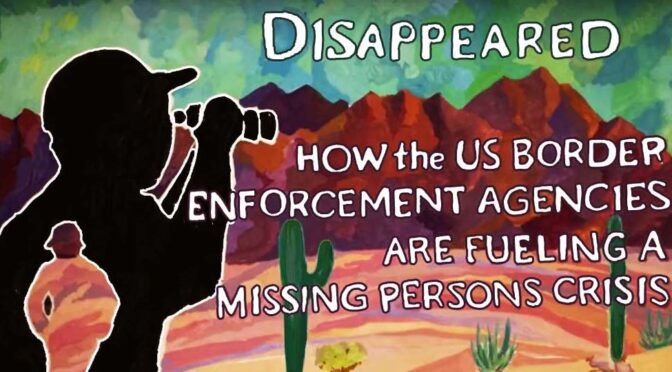 Today, along with La Coalición de Derechos Humanos, we released the third installment of our report series, Disappeared: How US Border Enforcement Agencies are Fueling a Missing Person’s Crisis. The report, Left to Die: Border Patrol, Search and Rescue, and the Crisis of Disappearance finds that Border Patrol systematically ignores and mishandles search and rescue emergencies in the borderlands.

Border Patrol has inserted itself as the sole responder for undocumented migrants in need of rescue. When someone crossing the desert calls 911, county governments transfer the calls to Border Patrol.

By looking at emergency calls received by the Coalición de Derechos Humanos 24-hour Missing Migrant Crisis Line, we find that Border Patrol did not conduct a confirmed search or rescue mobilization in 63% of cases. This includes 40% of cases where Border Patrol directly refused to take any measures in response to a life-or-death emergency. When Border Patrol did respond, the searches were severely diminished in time and resources when compared to searches for US citizens.

Check out this short video of the findings: