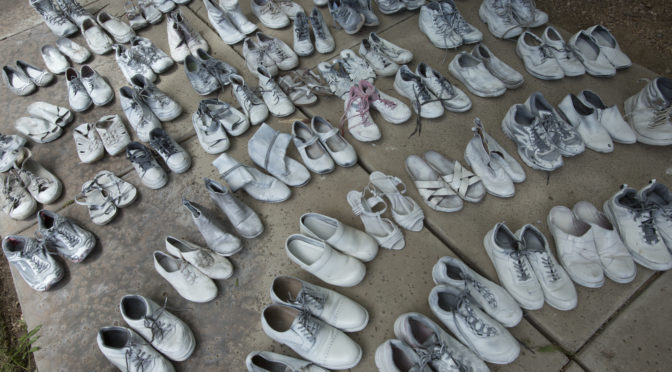 TUCSON, AZ – A jury failed to convict No More Deaths volunteer Scott Warren today in Tucson. Dr. Warren was charged with two counts of felony harboring and one count of felony conspiracy for his humanitarian aid work in Ajo, Arizona. The jury was split with 8 in favor of acquittal and 4 against.

Dr. Warren has received an outpouring of support from communities and faith leaders across the globe. United Nations experts urged authorities to drop charges against Dr. Warren, arguing that “providing humanitarian aid is not a crime.”

With this outcome, the government has failed in its attempt to apply federal charges to acts of common compassion. In Scott’s own words, “Today it remains as necessary as ever for local residents and humanitarian aid volunteers to stand in solidarity with migrants and refugees.”

Catherine Gaffney, a longtime volunteer with No More Deaths, responded to today’s outcome: “The question of whether we stand with undocumented people and protect the basic tenets of a healthy society is for each of us to answer.”

After the case closed, both Dr. Warren and his lawyer, Greg Kuykendall shared statements in front of the federal courthouse to Dr. Warren’s family, supporters, and press. The two men spoke in front of 88 pairs of shoes lined up on the sidewalk behind them – each pair representing someone whose remains have been recovered in the desert outside Ajo in the time since Scott’s arrest in January of 2018. Read the statements here.