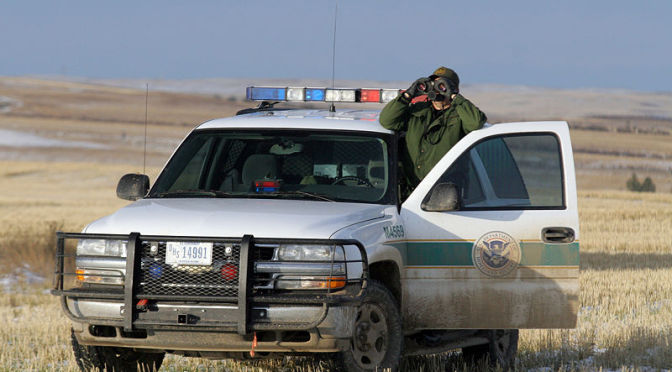 A Border Patrol agent is facing a civil suit filed by Jesús Enrique Castro Romo, a resident of Nogales, Sonora, Mexico who was shot by the agent in November 2010 while he lay face down on the ground. The agent, Abel Canales, also faces a federal indictment on charges of accepting brides to repeatedly allow trucks to pass through an immigration checkpoint without inspection. Disturbingly, the corruption charges stem from events observed by investigators in October 2008, a full three years before the federal indictment was filed.

This incident highlights the lack of oversight and accountability within Border Patrol that permits extreme and systemic violations of the rights of detainees to continue unabated. As a Nogales International article points out, “if Canales had been indicted sooner, or if he had been assigned to desk duty as the investigation proceeded, he wouldn’t have shot Castro in November 2010.” By refusing to hold its agents accountable for their actions, however abusive or negligent, Border Patrol creates a climate of impunity that in turn encourages agents to flaunt basic standards of human rights and dignity. In this case, federal charges are being filed far too late to have protected Mr. Castro Romo, and many others, from the violence and brutality that pervade the ranks of Border Patrol.

Read the full Nogales International story for more details of this incident and Border Patrol’s culture of impunity.