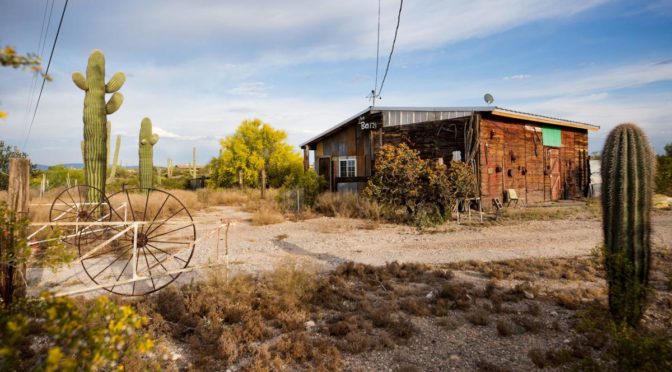 The last two years saw a rash of criminal charges against border aid workers in Southern Arizona, raising questions about the future of humanitarian aid in a deadly border-crossing area.

A road map to that future may be found by looking back on how the U.S. Attorney’s Office went after cartel scouts and then expanded their pursuit to the variety of roles needed to support the scouts, according to an analysis of cases and trends in U.S. District Court in Tucson by the Arizona Daily Star.

Those scouts spend weeks on mountains west of Tucson and act as “air traffic controllers,” as one Border Patrol agent put it, for marijuana backpackers in the valleys below.

Prosecutors broke new legal ground in 2015 when a judge ruled a man working as a scout on a mountaintop near Ajo could be charged with conspiring to smuggle marijuana, despite not having any marijuana when he was arrested.

Since then, scout cases have grown to include scout “helpers” who cook and fetch supplies for scouts, drivers who drop off supplies, homeowners who store supplies, people buying groceries or wiring money to pay for supplies, and other roles.

If a jury were to convict Scott Warren, a volunteer with No More Deaths, at a retrial in November, he would be the first border aid worker convicted of felony human-smuggling charges in Tucson’s federal court in more than a decade.

Judging by what the U.S. Attorney’s Office in Arizona has done when breaking new legal ground with scout cases, any future trials of border aid workers potentially could see nurses, doctors, volunteers, or even donors to No More Deaths sitting at the defense table instead of in the courtroom gallery.

During Warren’s trial in June, Susannah Brown bowed her head and pinched the bridge of her nose as she sat in the gallery of a federal courtroom in Tucson.

A federal prosecutor was telling jurors that Brown, a 67-year-old nurse who works with humanitarian aid groups in Southern Arizona, conspired with Warren and others to smuggle two Central American men across the U.S.-Mexico border in January 2018 and help them get to Phoenix.

Brown regularly treats migrants for a number of ailments and injuries at a shelter in Sonoyta, the Mexican border town south of Ajo. She and her fellow volunteers also bring a truck with a big tank of water to the shelter, which has an unreliable hookup to the municipal water system.

In January 2018, Brown attended to the two Central American men at an aid station in Ajo, known as The Barn, and Dr. Norma Price gave a medical consultation by phone.

Prosecutors at Warren’s trial also said Irineo Mujica, the operator of the migrant shelter in Sonoyta, arranged to help the two Central Americans get to Ajo.

Brown, Price and Mujica were not charged with any offenses, but they remained in the crosshairs of the U.S. Attorney’s Office as Warren’s trial ended.

“So what the evidence shows in this case is that the defendant, Irineo Mujica, and Susannah Brown and the others conspired to further Kristian and Jose’s illegal journey into the United States,” federal prosecutor Anna Wright told the jurors in her closing arguments, according to a court transcript.

Rather than make money, Warren “gets to further the goals of the organization that he is a high-ranking leader in, and one of those goals, although never stated outright, is to thwart Border Patrol at every possible turn, to further the entry of illegal aliens,” Wright told jurors.

No More Deaths “was long suspected of illegally harboring and aiding illegal aliens and a search warrant for their illicit activities was recently executed at their humanitarian station near Arivaca, Arizona,” Marquez wrote.

He was referring to the raid of a No More Deaths camp near Arivaca in June 2017. Agents had followed the footprints of four people suspected of crossing the border illegally.

No volunteers were arrested, but they later said the raid and the surveillance that preceded it signaled a heightened level of tension between No More Deaths and the Border Patrol.

Warren’s trial ended with a mistrial after the jury split 8-4, favoring acquittal.

After more than a year of arguing that Warren was part of a conspiracy, prosecutors dropped the conspiracy charge when they announced in July their plan to retry Warren on harboring charges.

Marijuana backpackers have trekked through the desert west of Tucson for many years, often led by scouts using binoculars and encrypted radios to keep the backpacking groups spread apart, as well as to let the groups know if Border Patrol agents were approaching.

Until 2015, prosecutors would charge scouts only with crossing the border illegally.

But a judge’s ruling in Tucson’s federal court in 2015, followed by two 9th U.S. Circuit Court of Appeals decisions in 2017, opened the door for scouts to face conspiracy charges.

In the years that followed, prosecutors have charged at least 100 scouts with conspiring to smuggle marijuana, court records show.

As time went on, agents and prosecutors started targeting not only scouts, but the network of people who supported the scouts.

In one ongoing case, Border Patrol agents arrested Jose Angel Felix Ramirez, the suspected head scout for a drug-trafficking organization, in late 2017, and more than a dozen people accused of conspiring to smuggle loads of marijuana through the mountainous areas of the Tohono O’odham Nation.

In that case, agents arrested scouts and backpackers; helpers who picked up groceries, batteries and other supplies at the base of mountains; drivers who brought supplies to the mountains; a man who let the scouts use his house in a nearby village to store supplies; a woman in Phoenix who bought supplies; and a woman who loaned her car to supply drivers and paid people to buy supplies, according to plea agreements.

As prosecutors expanded the roles that could be included in the conspiracies, they also expanded how much marijuana a scout could be held responsible for conspiring to smuggle.

In the Felix case, members of the conspiracy were connected to about 4,300 pounds of marijuana, prosecutors said.

Under the prosecution’s theory of Warren’s case, he acted as part of a criminal conspiracy.

That theory is in many ways analogous to theories put forth by prosecutors in scout cases.

From that prosecutorial line of thinking, if an aid volunteer cooked for a migrant who came into an aid station from the desert, how different would that be from helpers cooking for scouts on a mountaintop?

If a volunteer drove jugs of water, beans, socks, or gear to an aid station in Ajo or Arivaca, how different would that be from a person driving bags of food, batteries and gear to the base of a mountain where a scout worked?

If a Tucson resident donated money to No More Deaths to buy water and aid for migrants, how different would that be from people in Phoenix buying supplies for scouts?

If a volunteer said they had worked at an aid station for a week, could they be charged with aiding the illegal border crossings of however many migrants were caught in that area in the previous week?

U.S. Attorney Michael Bailey, who took the position in May, declined to be interviewed but issued a statement to the Star.

“Those who want only to give water to the thirsty should be commended,” Bailey said. “On the other hand, when one’s true goal is to assist an illegal immigrant in getting in without getting caught, such conduct is subject to prosecution.”

Nine No More Deaths volunteers, including Warren, were charged with misdemeanors related to leaving water and food on the Cabeza Prieta National Wildlife Refuge in 2017. The charges included driving on unauthorized roads and abandoning property on the refuge.

The “bottom line” is that prosecutors could not convince a jury that Warren was guilty of any charges, said Paige Corich-Kleim, a No More Deaths volunteer.

“Prosecutors could try to cast a wide net, but they’d essentially be arguing that keeping people from dying is ‘furthering illegal presence,’ and I doubt any jury would agree with that,’ Corich-Kleim said.

Aid workers, Border Patrol agents, hunters and others in Southern Arizona have recovered nearly 3,000 sets of human remains believed to belong to migrants since 2001.

Andy Silverman, a law professor at the University of Arizona and a member of the No More Deaths legal team, said the difference between the scout cases and Warren’s case is that Warren was not involved in illegal activity.

“As they say, humanitarian aid is never a crime,” Silverman wrote in response to an inquiry from the Star.

“However, charging Scott and trying him for serious offenses — even though ultimately he should be found not guilty — has a chilling effect on people considering doing humanitarian work along the border,” Silverman wrote.

“But it will not stop such work,” he wrote. “Helping others in need has been part of our culture and the threat of criminal charges will not stop good folks from trying to save lives in our desert regions.”

Silverman said he would expect a “large public backlash” if prosecutors start charging all people who do humanitarian work.

“We have seen it in the Warren case and it would even be greater if the government starts to go after, for example, health professionals, shelter operators and others helping people in the deadly deserts along the border,” Silverman said.

A status conference in Warren’s case is scheduled for Monday, Aug. 5. His retrial is scheduled to start Nov. 12.