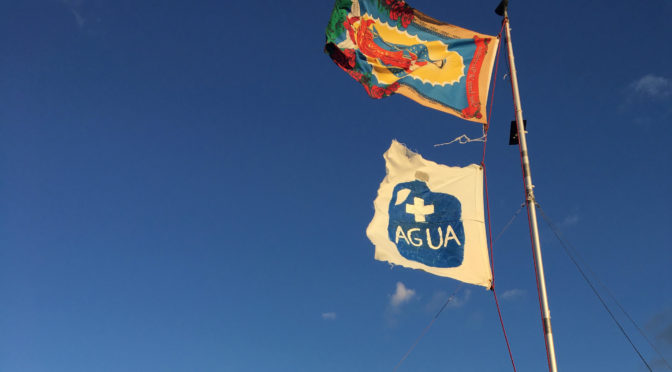 No More Deaths has not stopped any of our humanitarian-aid efforts. A recent news report stated that we have closed our aid station in Arivaca, Arizona and that those in need are being turned away. This is false: the aid station is open and volunteers continue to give care to anyone seeking help. To support our continued presence, please sign the petition to the Border Patrol.

Across the increasingly militarized borderlands, lost, sick, and injured migrants often face an impossible choice: death in the desert or arrest and incarceration if they seek help from the Border Patrol—which routinely denies medical care to people in its custody. Our own Culture of Cruelty report documented that 86 percent of those needing emergency medical care upon arrest were deported without receiving it.

In such a context—where thousands of people have died while crossing the border—the need for nonviolent, civilian medical aid is clear and ongoing.

Over the past six months, the Border Patrol has escalated its campaign of interference with humanitarian efforts in the border region. This culminated on June 15 in a heavily armed raid on our aid station in Arivaca and the arrest of patients who were receiving medical care. At least one of these men is still in custody. The sensors and surveillance technology that were used to track them as they approached the aid station are still in place.

It is clear that the Border Patrol has deliberately targeted our aid station. We believe the intention is to co-opt it as a strategic asset and render it unusable as a medical facility.

No More Deaths will not be intimidated into abandoning its work in the desert. We operate under the International Red Cross Code of Conduct, with supervision by a team of doctors and medical personnel. Our work and that of similar groups is necessary as long as border policies continue to create a humanitarian crisis on the US–Mexico border.

We call on all those who stand with the rights of undocumented communities to join us in demanding that the Border Patrol and other government agencies immediately cease all interference with humanitarian-aid efforts, respect the right of migrants to receive lifesaving care, and end the policies and practices that cause death and suffering of migrants and refugees along the border.

Home > Statements > The status of our work in the desert