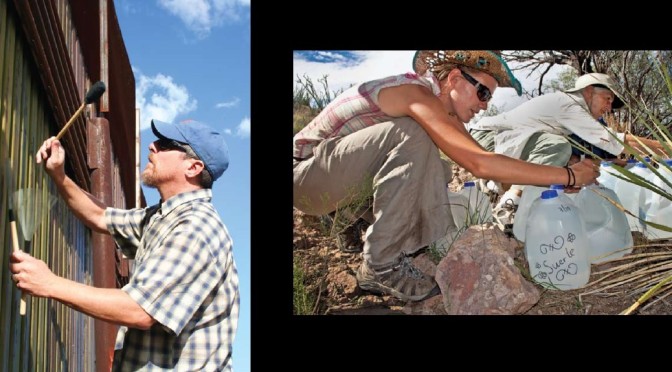 The Border Songs album contains 31 tracks of music and spoken word, in English and Spanish, about the border and immigration. All of the artists—Pete Seeger, Michael Franti and Spearhead, Calexico, Charles Bowden, and many others—donated their work, and the project is donating all of the proceeds to No More Deaths/No Más Muertes. The performances on the two-CD set come from a variety of genres: blues, corrido, cumbia, folk/Americana, hip hop, instrumental guitar, mambo, Nicaraguan new song, reggae, rock, and even an electronic recording of the wall itself. This diverse collection of border songs is held together by a common thread—a deep concern and solidarity for migrants, for people of all ethnicities and national origins. The album also includes a 20-page booklet, with contextual information and a powerful photo essay about conditions on the border. 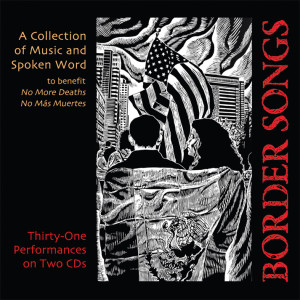 Since the album was released on October 12, 2012, the project has raised nearly $60,000 for No More Deaths. Each purchase of Border Songs provides 29 gallons of water, or the equivalent in food or medical supplies, to people in need!

In Tucson, Border Songs can be purchased at Antigone Books and at BorderLinks. Online, it is for sale through CD Baby, and on Amazon.com. For more information, write to bordersongscd@gmail.com or call Robert Neustadt at (928) 522-3307.